Data Availability and Use

Data Availability and Use

This public inquiry investigated ways to improve the availability and use of public and private sector data.

The issues paper covered a range of issues on which the Commission sought information and feedback, and was intended to assist you in preparing a submission.

The Commission sought further information and feedback following release of a draft report on 3 November 2016. Submissions on the draft report were due by 12 December 2016.

This inquiry is complete. The final report was handed to the Australian Government on 31 March 2017 and publicly released on 8 May 2017.

The Commission was required to:

Media release: Government response to Productivity Commission Inquiry into data availability and use

This report offers guidance on where the benefits of greater data use may be most evident, and ways that governments might engage with the public to generate community acceptance of the costs, risks, and benefits associated with data sharing and use.

Submissions received for the Data Availability and Use public inquiry. 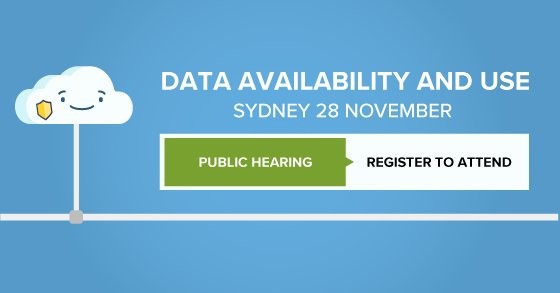 Details of public hearings for the inquiry into Data Availability and Use.