Archived copy
Updated data were released on 3 June 2021. To access the updated data please refer to the latest update

Impact of COVID-19 on data for the Housing section

For the Housing section, rent freezes due to the impacts of COVID-19 affected affordability indicator data in some jurisdictions. There were also increases in waiting lists due to decreased exits from social housing.

As highlighted in the Report's performance indicator framework all the current indicators reported in this section have comparability and/or completeness issues. Consequently, caution is required when comparing across jurisdictions or within a jurisdiction over time. The commentary in this section and footnotes accompanying the relevant data tables outline the comparability and completeness issues.

Australian Government funding for services under the NHHA was $1.6 billion in 2019‑20 (see table GA.1 in the Housing and Homelessness Sector Overview) and is included in total State and Territory government net recurrent expenditure for housing and homelessness services. State and Territory government capital (non-recurrent) expenditure for social housing was $1.4 billion in 2019-20 (table 18A.1).

As at 30 June 2020, nationally there was a total of 399 377 households and 418 937 social housing dwellings (tenancy rental units for community housing), excluding ICH. In addition, as at 30 June 2019 (latest available data), there were 17 081 households and 16 193 permanent ICH dwellings managed by government funded ICH organisations.

Some forms of community housing also allow tenants to participate in the management of their housing. Notwithstanding their common objectives, community housing programs vary within and across jurisdictions in their administration and the types of accommodation they provide. See sub‑section 18.3 in the Housing interpretative material for details on the models of community housing.

While State and Territory governments have similar broad objectives for providing social housing, the emphasis each places on an individual objective differs depending on historical precedents and processes for interaction with community sector providers. Private housing markets also vary across jurisdictions. Accordingly, policy responses and associated forms of assistance vary across jurisdictions. It is important to consider the differing levels and types of assistance provided in each State and Territory, their differing urban, regional and remote area concentrations (tables 18A.5–7), differences in eligibility criteria for the different assistance types and factors affecting waiting lists, when analysing performance information. Some information on the context for public housing, SOMIH and community housing is provided in tables 18.1-5 in the Housing interpretative material.

State and Territory governments prioritise access to social housing in ways that generally reflect the urgent need to address homelessness and applicants’ inability to access appropriate private market accommodation (AIHW 2020). States and territories other than Victoria have adopted social housing waiting lists that are integrated across public housing, SOMIH (where applicable) and community housing.

Waiting times for social housing are impacted by the availability of suitable dwellings. Nationally at 30 June 2020, the proportion of rental stock occupied was 97.0 per cent for public housing, 94.7 per cent for SOMIH, and 95.4 per cent for community housing (tables 18A.9–11) — in 2019, 93.5 per cent of total ICH rental stock was occupied (table 18A.12). Occupancy rates are influenced by tenancy turnover as well as by housing supply and demand — dwellings that have, for example, reached the end of their useful life may require major redevelopment or replacement before being allocated to a new household. 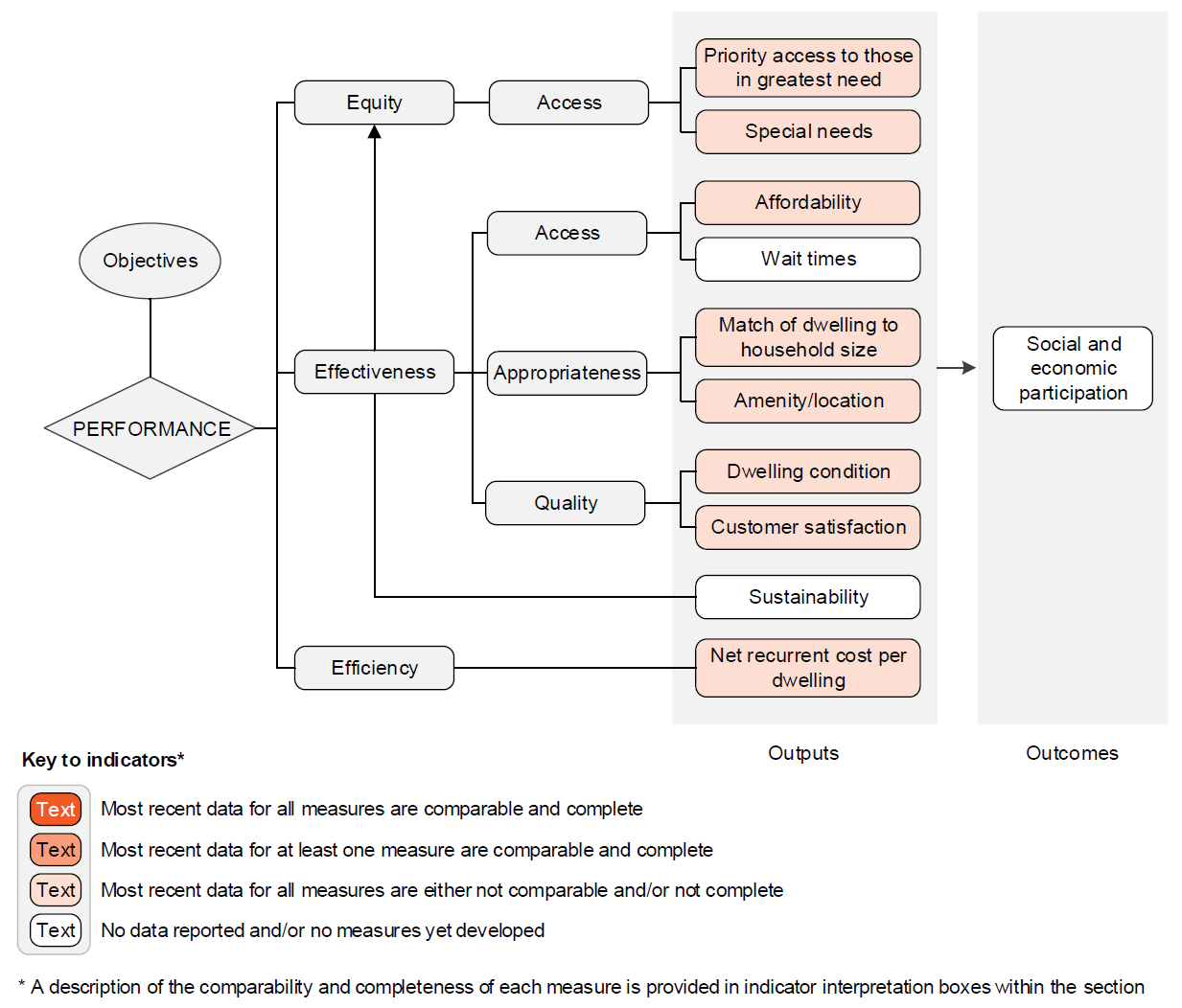