Archived copy
Updated data were released on 3 June 2021. To access the updated data please refer to the latest update

For the Police services section, there are no significant changes to the data as a result of COVID-19.

Funding for police services comes almost exclusively from State and Territory governments, with some limited specific purpose Australian Government grants. Nationally in 2019-20, total real recurrent expenditure (including user cost of capital, less revenue from own source and payroll tax) was $13.2 billion (table 6A.1).

Operational status is considered the better estimate for the number of police staff actively engaged in the delivery of police-related services. Nationally in 2019-20, 91.7 per cent of the 78 350 police staff were operational (an increase from 90.5 per cent in 2012-13). This equates to 281 per 100 000 people, but varies across jurisdictions, in part, due to differing operating environments (figure 6.1 and table 6A.2). 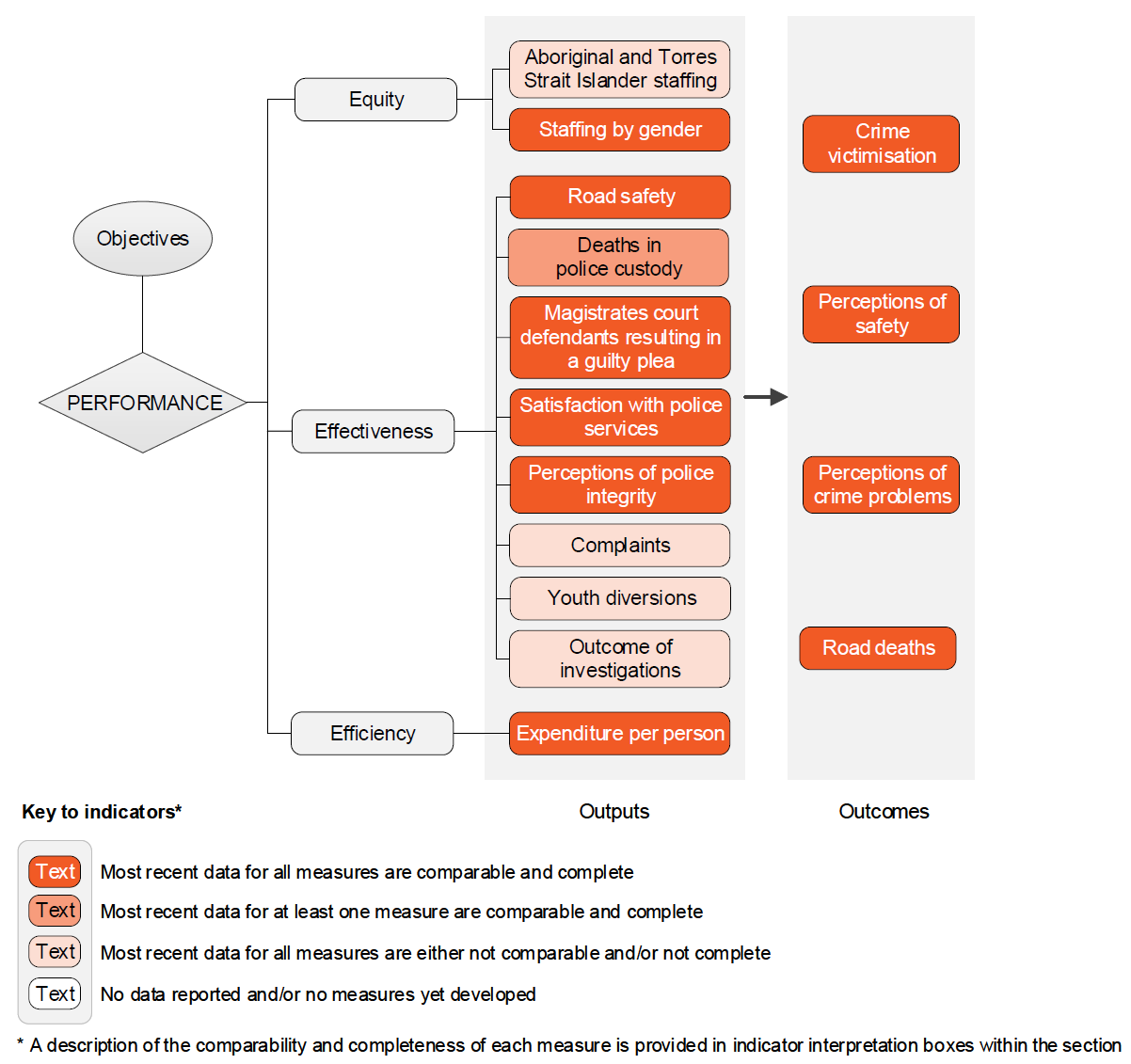