Julie Abramson was originally appointed a part time Commissioner with the Productivity Commission in December 2015.

Julie has been reappointed for another 5 year term due to end in December 2025.

Julie is a lawyer with over 30 years regulatory experience at both State and Federal levels. She was also a part-time Commissioner with the Victorian Essential Services Commission from August 2014 to August 2016.

Her career in public policy includes working with Government, industry bodies (VECCI, Civil Contractors Federation), the private sector (National Australia Bank) and a Regulatory Agency (Australian Securities and Investments Commission). She has particular expertise in economic related regulatory matters such as financial services and competition policy. She also has strong policy skills in the Vocational Education sector as well as infrastructure and procurement policy.

Julie was a member of the three person Review of the Financial System External Dispute Resolution and Complaints Framework - Chaired by Professor Ian Ramsay with panel member Alan Kirkland (2016/17). The review findings were implemented through the Australian Financial Complaints Authority (AFCA).

Julie has a BA, LLB and LLM (Commercial Law) from Monash University. She is also a graduate of the Australian Institute of Company Directors (AICD).

She has previously worked on: 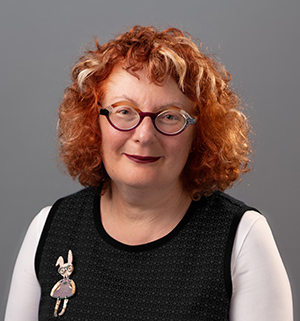