Close the Gap in life expectancy within a generation, by 2031.

Nationally, Aboriginal and Torres Strait Islander males born in 2015–2017 are expected to live to 71.6 years and females to 75.6 years, and non-Indigenous males and females to 80.2 years and 83.4 years respectively (figure CtG1.1).

Nationally, based on progress from the baseline, the target shows improvement but is not on track to be met for males or females. However, this assessment should be used with caution as it is based on a limited number of data points. Please see the How to interpret the data page for more information. For states and territories, and nationally, based on progress from the baseline, there has been: Right arrow improvement   square no change   Left arrow worsening    not applicable as required data not available.

Note: These assessments of progress should be used with caution as they are based on a limited number of data points.

Selections apply to all Disaggregation figures/tables below: 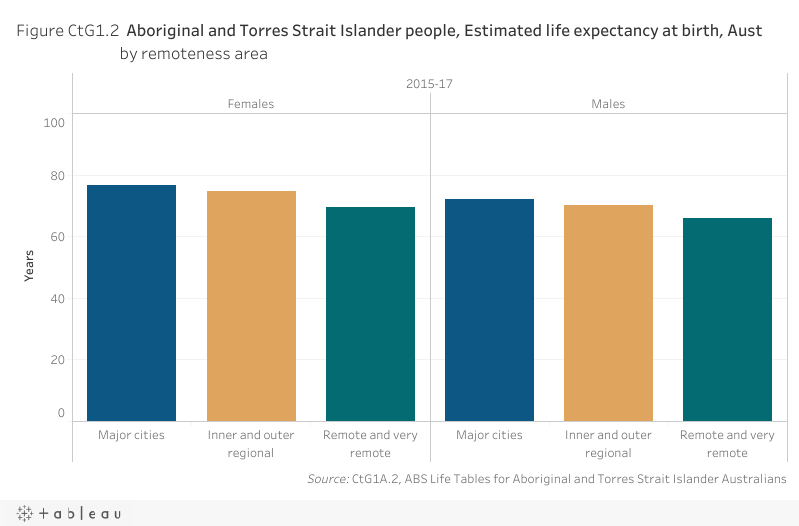