Despite strong growth in the number of visitors travelling to Australia over the past two decades, the global market for international visitors is heavily contested. A new Productivity Commission Research Paper examines trends in international tourism to Australia, and points to a number of reforms that would allow the tourism industry to adapt to changing consumer preferences and emerging digital technologies. 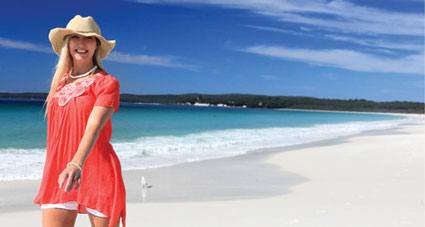 What role should government play?

The way businesses in the international tourism industry innovate and adapt to changing visitor trends will largely determine how successful Australia is in continuing to attract international visitors. Governments also have a role, and a number of reforms would benefit the tourism industry and the economy more broadly.

The Commission Research Paper finds that a key role for governments is to ensure that their policies and regulations do not unnecessarily impede the international tourism industry from adapting to changes in consumer preferences and emerging digital technologies.

As visitors' preferences to undertake different activities or to travel to different destinations within Australia change, there will be a need for tourism-related businesses to adapt their tourism product offerings or make new investments. This can include private sector investments in tourism-related infrastructure, such as accommodation or resorts, and visitor attractions such as casinos and theme parks. Investment decisions in these areas can be strongly influenced by development assessment and approval processes (including planning and zoning processes). The Commission's research paper finds that:

Government provision of international destination marketing, and support for major sporting, cultural and business events can influence decisions to travel to Australia. The research paper finds that there can be a case for governments to be involved in the provision of international destination marketing and support for major events. These activities display 'public good' characteristics: once provided the benefits (increased international visitor activity for tourism-related businesses) are available to all tourism-related businesses, and it is infeasible to exclude businesses that benefit from these activities, but 'free ride' by not contributing to the costs of provision. However, assessments often overstate the net economic benefits of destination marketing and major events — and consequently the basis for government support — highlighting a need for rigorous and transparent economic analysis to determine whether government expenditure is warranted.

Other government policies and regulations can also influence visitors' decisions to travel to Australia. These include policies and arrangements that govern air travel between Australia and other countries, and arrangements for facilitating the flow of international visitors, such as visa processes. The research paper finds that: