Outcomes for Aboriginal and Torres Strait Islander Australians have improved in a number of areas but a significant task remains — several outcomes have not improved, with some getting worse over time. 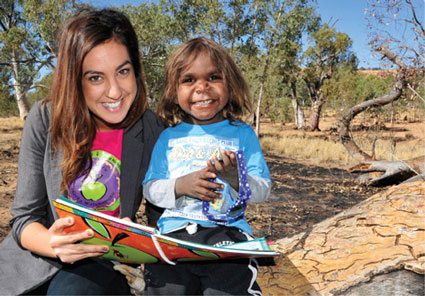 The 2014 Overcoming Indigenous Disadvantage: Key Indicators (OID) report measures the wellbeing of Aboriginal and Torres Strait Islander Australians and is the most comprehensive report on Indigenous wellbeing produced in Australia. It contains accessible data for an extensive range of measures, as well as case studies of programs that have led to improved outcomes.

The OID report is based on evidence about the underlying causes of disadvantage, and the positive factors that contribute to wellbeing. The report's framework has two layers of measurable indicators: the first consists of the six COAG Closing the Gap targets and six headline indicators; and the second consists of strategic change indicators linked to the seven COAG building blocks.

Peter Harris, Chairman of the Productivity Commission and of the Steering Committee stated that 'It has been almost three years since the previous OID report. For this report we made a concerted effort to increase the involvement of Aboriginal and Torres Strait Islander Australians. Their input contributed to significant developments, including broadening the focus from overcoming disadvantage to improving wellbeing, and the inclusion of new indicators, such as Indigenous language revitalisation and maintenance, valuing Indigenous cultures and participation in decision making.'

What has changed for Aboriginal and Torres Strait Islander people?

Outcomes have improved in a number of areas, including some COAG targets:

However, there has been little or no change in some areas:

Outcomes have worsened in some areas:

The impact of remoteness

'Things that work': some examples