For the Police services section, there has been some impact on the data that is attributable to COVID-19 but this has not affected either the comparability or completeness of any indicators. The introduction of COVID-19 related restrictions in March 2020 affected the volume of defendants adjudicated in the Magistrates' courts which affects the indicator on Magistrates' court decisions resulting in a guilty outcome for defendants.

Funding for police services comes almost exclusively from State and Territory governments, with some limited specific purpose Australian Government grants. Nationally in 2020-21, total real recurrent expenditure (including user cost of capital, less revenue from own source and payroll tax) was $14.1 billion (table 6A.1).

Operational status is considered the better estimate for the number of police staff actively engaged in the delivery of police-related services. Nationally in 2020-21, 91.4 per cent of the 79 922 police staff were operational (a decrease from the 10-year high of 92.2 per cent in 2017-18). This equates to 284 per 100 000 people, but varies across jurisdictions, in part, due to differing operating environments (figure 6.1 and table 6A.2).

The performance indicator framework shows which data are complete and comparable in this Report. For data that are not considered directly comparable, text includes relevant caveats and supporting commentary. Section 1 discusses data comparability and completeness from a Report-wide perspective. In addition to the contextual information for this service area (see Context tab and supporting interpretative material), the Report’s statistical context (Section 2) contains data that may assist in interpreting the performance indicators presented in this section. 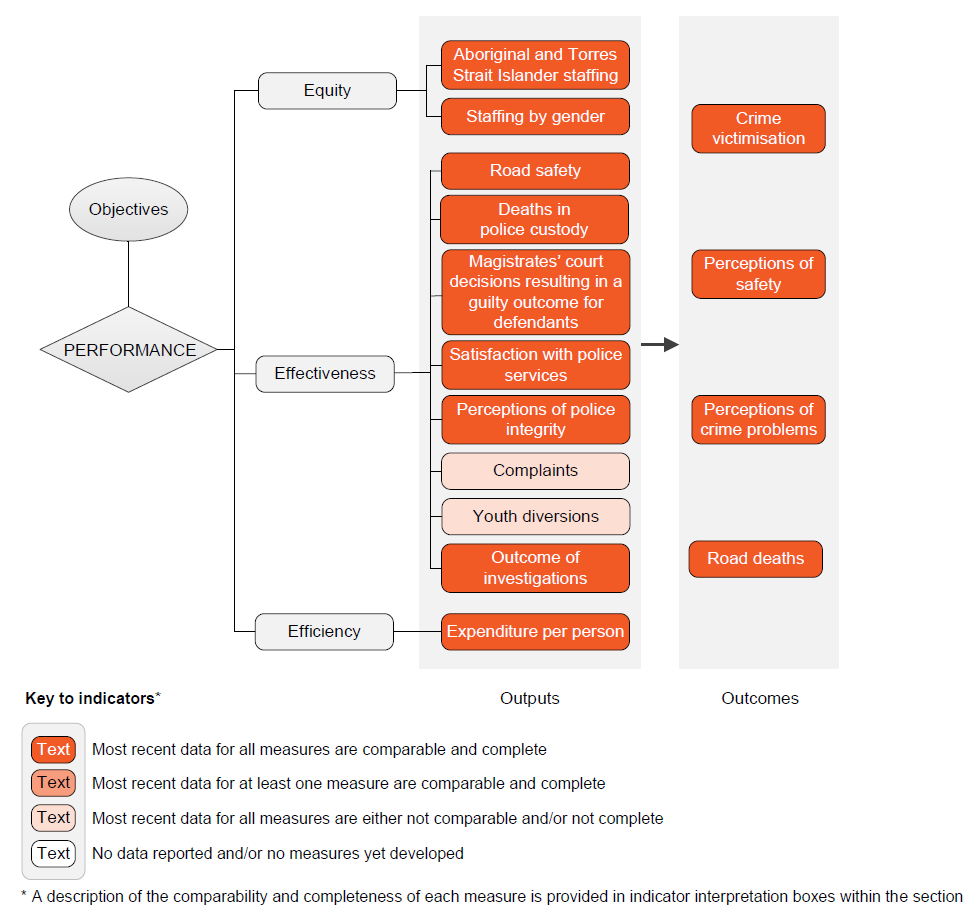