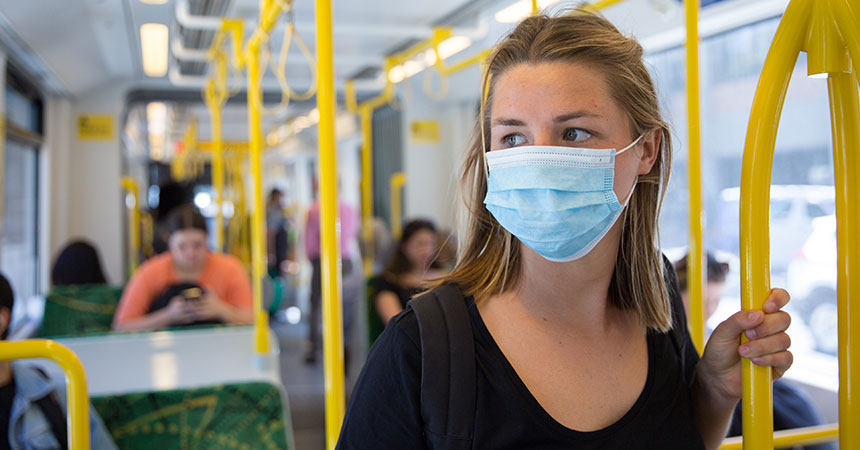 COVID has affected many things. One that is less talked about is public transport. Google mobility data shows that when COVID hit Australia in early 2020, trips on public transport fell by as much as 70 per cent in large states and by more in Victoria. That is hardly a surprise.

But it is stark how persistent the effect has been. By May last year, in the relatively COVID free states of Queensland, WA and South Australia, total work trips had recovered to be around 10 per cent below their pre-COVID levels. Public transport use was still down by around 30 per cent.

Apple data suggests there are more driving trips in Brisbane and Perth today than before COVID. But no state has ever gotten close to a full recovery in public transport use – even before recent lockdowns. Public transport has taken a big hit; and it will take some time for it to recover.

Two things are going on: fear of catching COVID on public transport, and the ongoing impact of working from home. Both have some way to run. As restrictions in the southeast ease and we live with COVID, some fear of infection will remain for a while. And our research suggests that even as people return to the office, working from home is likely to stay permanently above 2019 levels.

Hence any ongoing reduction in daily commuting will have a bigger impact on train, tram and bus travel. Added to this, people working from home tend to increase their non-work car trips. Those lunchtime shopping errands now require a separate car trip. Even online purchases ultimately involve a van.

So COVID presents a good opportunity to think holistically about transport policy, and where to next for public transport.

First though, we should avoid big mistakes. Concern about COVID’s impact on CBDs and on patronage levels is leading to inevitable calls to make public transport radically cheaper, or even free. Those calls will only get louder. It’s a terrible idea.

Australia already has low rates of cost recovery from public transport compared with overseas systems. The ‘farebox’ covers about a third of operating costs (and none of the capital costs) in our biggest states, and a lot less in the smaller ones. The overwhelming bulk of costs – operating and capital – is met through taxes. At the state level, that effectively means payroll tax, stamp duty and GST.

Those using public transport to commute to work tend to have higher incomes than the average. So the benefit of lower fares (larger subsidies) is not always progressive or fair.

It would have enormous cost, but would lower fares even work? The available evidence suggests that public transport usage is not that responsive to fare reductions or increases. Other things like crowding, comfort and regularity of service tend to matter more. After all, most of the ‘cost’ of using public transport isn’t the fare – it’s the time taken waiting, or the time taken getting to the bus stop or train station and then getting to your ultimate destination after the trip. Right now, the ‘cost’ includes infection risk. No amount of fare reduction changes that. So it’s highly unlikely that big fare reductions could attract many new users.

The main benefit of lower fares goes to those who would use the service anyway. Many are quite well off. The impact on road use is smaller still. Even very large reductions in public transport fares induce only small substitutions away from private car trips.

It is true that public transport in Australia can never fully recover its costs – it needs a subsidy. But that doesn’t justify a blank cheque.

Making it free would have an eye watering cost but be ineffective as a way to cut road congestion. It’s just too indirect.

COVID has upended transport patterns. It is a good time for a policy rethink. The Productivity Commission looked at where pricing policy could be improved across states and territories to make public transport more responsive and efficient. But partial, knee jerk measures risk making things worse.

The future of public transport is a big issue post lockdowns. But the policy principle is: first, do no harm.

This article was written by Productivity Commission Chair Michael Brennan.

COVID-19 has decimated public transport patronage and revenue in all Australian cities. The recovery period provides time for state and territory governments to re-think how they price and deliver sustainable public transport services. The report provides a roadmap for this, while highlighting the pitfalls of some populist pricing approaches.