Total Australian, State and Territory government recurrent expenditure on health services was estimated to be over $96.7 billion in 2015-16, around 43.2 per cent of total government expenditure on services covered in this Report. Public hospitals was the largest contributor ($61.4 billion, table 12A.1), followed by primary and community health ($32.1 billion, table 10A.1 and ambulance services ($3.2 billion (in 2016-17), table 11A.10). Expenditure for mental health management was $8.4 billion in 2015-16 (table 13A.1); however, as much of this expenditure is already captured in the public hospital and primary community health expenditure it is not included in the health expenditure total to avoid double counting.

When expenditure by local government and for health services outside the scope of this Report are added, expenditure in 2015-16 was estimated at $114.6 billion.1 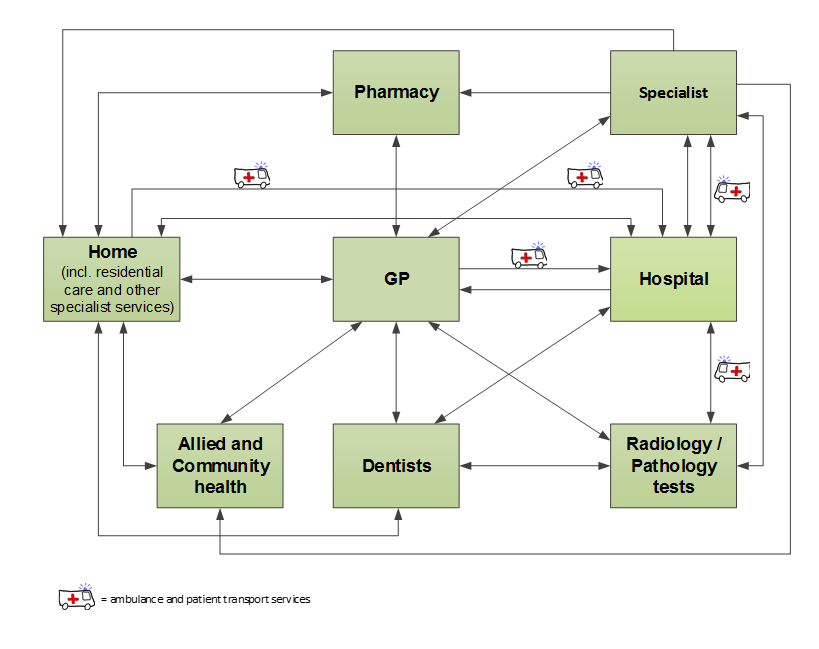 In 2015, 5.0 per cent of babies born in Australia were of low birth weight (table EA.2). The proportion with low birth weight born to Aboriginal and Torres Strait Islander mothers was more than twice that for babies born to non-Indigenous mothers (figure E.2). Data on the Indigenous status of the baby is available in table EA.1. 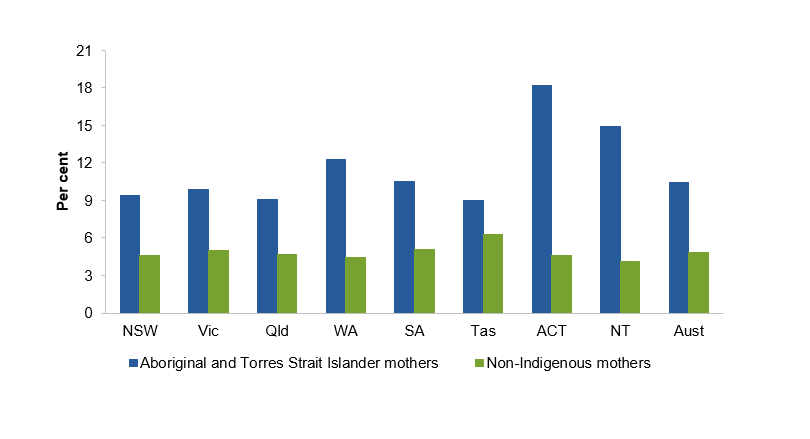 The national age standardised mortality rate, measured in deaths per 100 000 people, was 533.6 in 2016 — a decrease from 549.3 in 2015 (figure E.3) and the lowest rate for the 8 years of data included in this report (table EA.31). In line with life expectancy data, mortality rates are higher for Aboriginal and Torres Strait Islander Australians compared to non-Indigenous Australians (table EA.32).

The most common causes of death among all Australians in 2016 were cancers and diseases of the circulatory system (including heart disease, heart attack and stroke), through rates for both have reduced significantly from 2017 (table EA.37). Data by Indigenous status are available in table EA.38.