The following data have changed for Chapter 6 Police services:

Real recurrent expenditure on policing services across Australia was approximately $11.6 billion (or $469.20 per person) in 2017-18. 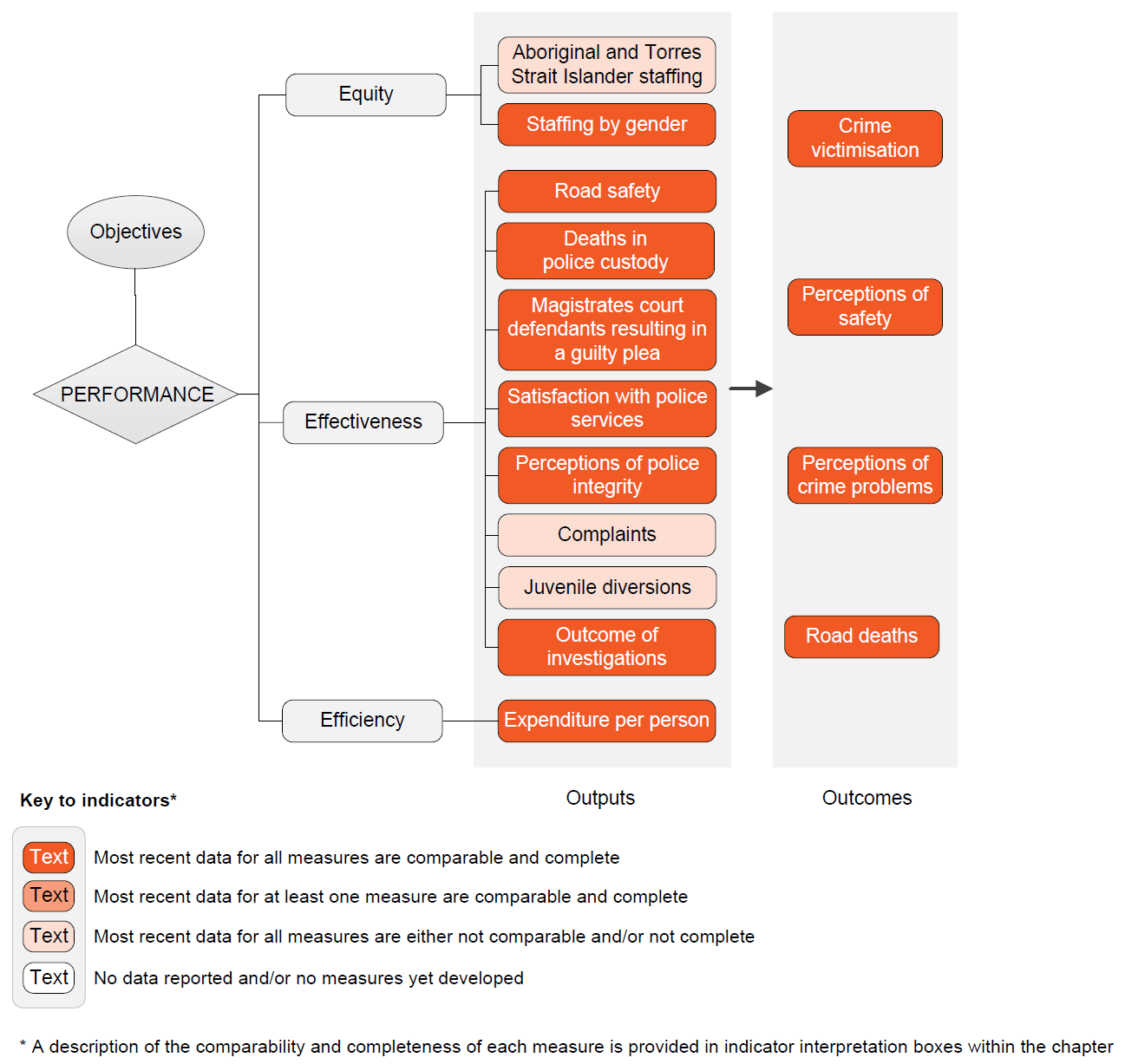 Proportion of all police staff who self-identify as Aboriginal and/or Torres Strait Islander, 2017-18

Proportion of all police staff who are female, 2017-18

Proportion of people who had driven in the previous 6 months and who indicated that, in that time, they had driven when possibly over the alcohol limit, 2017-18

The number of total deaths and Aboriginal and Torres Strait Islander deaths in police custody and custody related operations, 2016-17 (number)

Proportion of people satisfied or very satisfied with services provided by police, 2017-18

Proportion of people who agree or strongly agree that ‘police perform job professionally’, 2017-18

The total number of alleged young offenders who would otherwise be proceeded against (that is, taken to court) but who are diverted by police, as a proportion of all juvenile offenders formally dealt with by police, 2017-18

Proportion of investigations finalised, with offender proceeded against, within 30 days of the offence becoming known to police – sexual assault, 2017

Expenditure on police services per person, 2017-18

Proportion of people who felt ‘safe’ or ‘very safe’ walking alone during the night, 2017-18

Proportion of people who felt ‘safe’ or ‘very safe’ travelling on public transport at night, 2017‑18

Proportion of people who perceive illegal drugs to be ‘somewhat of a problem’ or a ‘major problem’ in the neighbourhood, 2017‑18