Impact of COVID-19 on data for the Public hospitals section

For the Public hospitals section, COVID-19 has had an impact on emergency department presentations and elective surgery data due to the temporary suspension of some elective surgeries in the first half of 2020.

There were 63 048 available beds for admitted patients in public hospitals in 2018‑19, equivalent to 2.6 beds per 1000 people (tables 12A.3–4). The concept of an available bed is becoming less important in the overall context of hospital activity, particularly given the increasing significance of same day hospitalisations and hospital-in-the-home (AIHW 2011). Nationally, the number of beds available per 1000 people increased as remoteness increased (table 12A.4).

Variations in admission rates can reflect different practices in classifying patients as either admitted same day patients or non-admitted outpatients. The extent of differences in classification practices can be inferred from the variation in the proportion of same day separations across jurisdictions for certain conditions or treatments. This is particularly true of medical separations, where there was significant variation across jurisdictions in the proportion of same day medical separations in 2018-19 (table 12A.7).

In 2018-19, on an age-standardised basis, public hospital separation rates for Aboriginal and Torres Strait Islander people were markedly higher than the corresponding rates for all people. For private hospital separations, rates were higher for all people compared to Aboriginal and Torres Strait Islander people (though separations are lower for private hospitals compared to public hospitals) (table 12A.8).

Non-admitted patient services include outpatient services, which may be provided on an individual or group basis, and emergency department services. A total of 37.7 million individual service events were provided to outpatients in public hospitals in 2018-19 and around 1.3 million group service events (table 12A.11). Differing admission practices across states and territories lead to variation among jurisdictions in the services reported (AIHW 2020d). There were 8.2 million presentations to emergency departments in 2019‑20 (table 12A.12).

In 2018‑19, nurses comprised the single largest group of full time equivalent (FTE) staff employed in public hospitals (figure 12.3). Comparing data on FTE staff across jurisdictions should be undertaken with care, as these data are affected by jurisdictional differences in the recording and classification of staff. 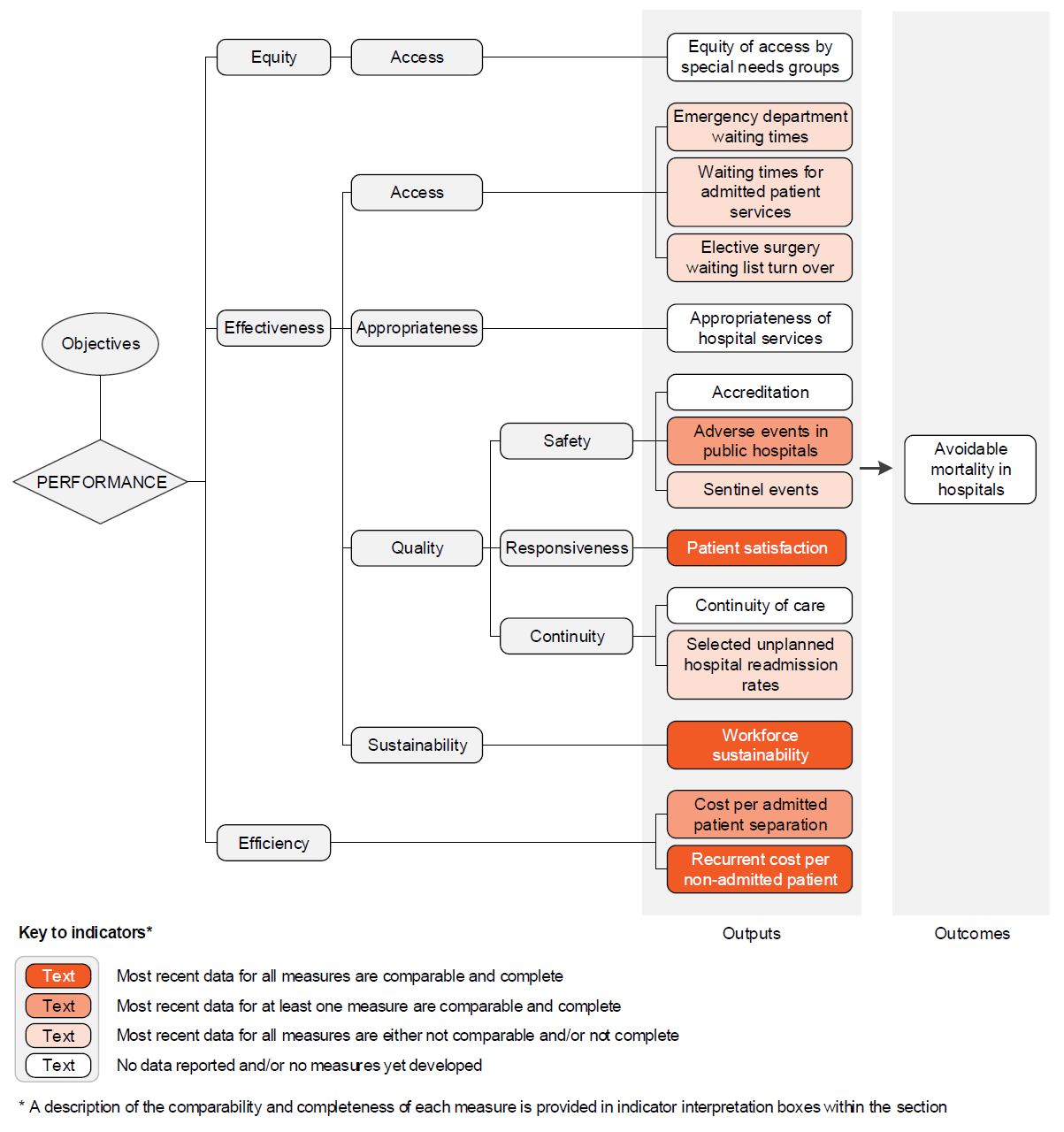