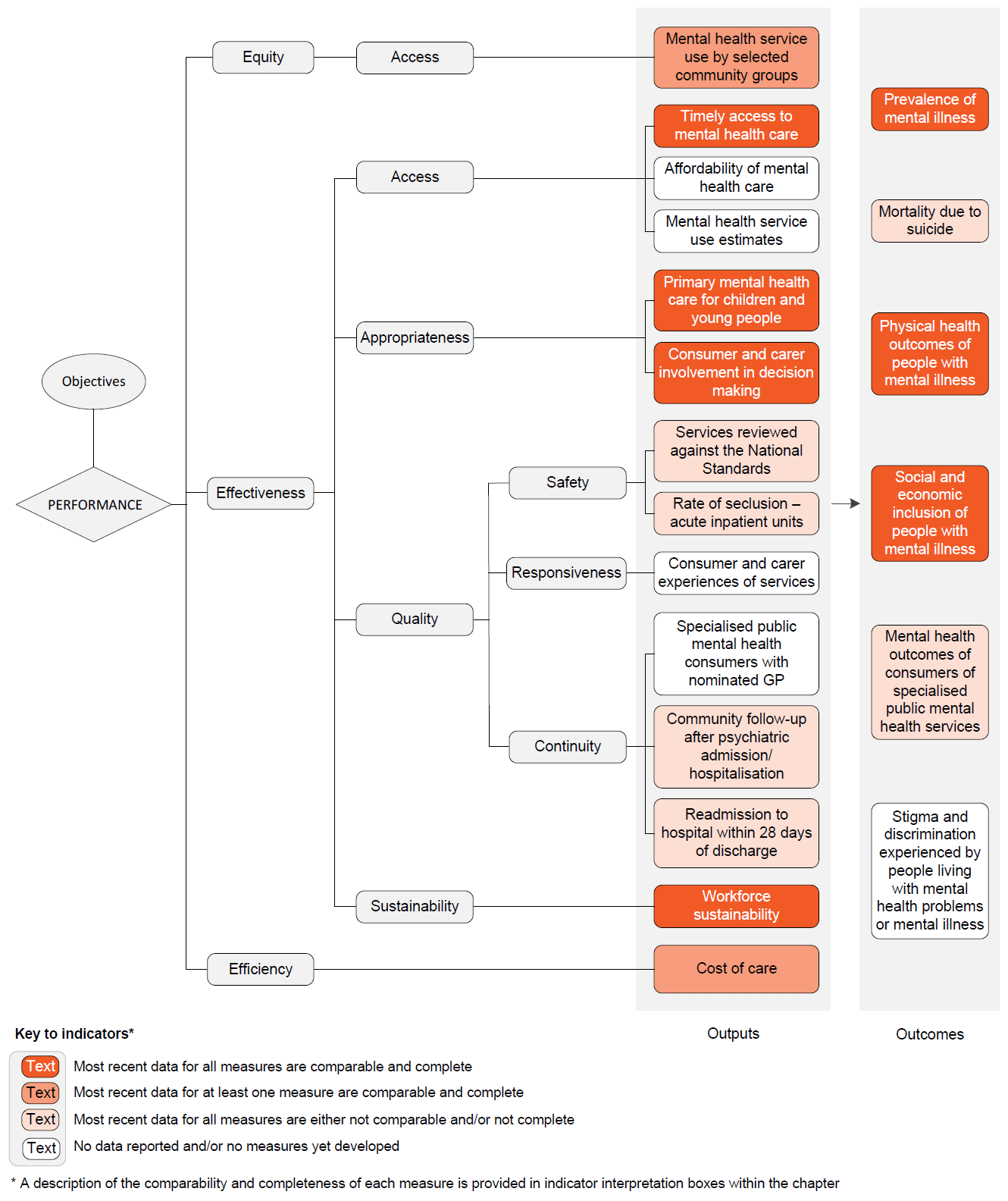 Proportion of expenditure on specialised public mental health services that had completed an external review against national standards and were assessed as meeting ‘all Standards’ (level 1), June 2017

Proportion of State and Territory governments’ specialised public admitted patient overnight acute separations from psychiatric units for which a community‑based ambulatory contact was recorded in the seven days following separation, 2016-17

Proportion of employed psychiatrists, mental health nurses and registered psychologists who are aged less than 35 years, by jurisdiction, 2016 (per cent)

Proportion of people aged 15 years or over with a mental illness who had face-to-face contact with family or friends living outside the household in the last week, compared with the proportion for people without a mental illness, 2014-15

Proportion of people discharged from a State or Territory public hospital psychiatric inpatient unit who had a significant improvement in their clinical mental health outcomes, 2016‑17