Data referenced by a '2A' prefix (for example, table 2A.1) are included in the data tables, which can be downloaded below.

More than three‑quarters of Australia’s 25.0 million people lived in the eastern mainland states as at 30 June 2018. As the majority of Australia’s population lives in the eastern mainland states, data for these jurisdictions generally have a large influence on national averages. Nationally, the average annual growth rate of the population between 2014 and 2018 was approximately 1.6 per cent (table 2A.1). 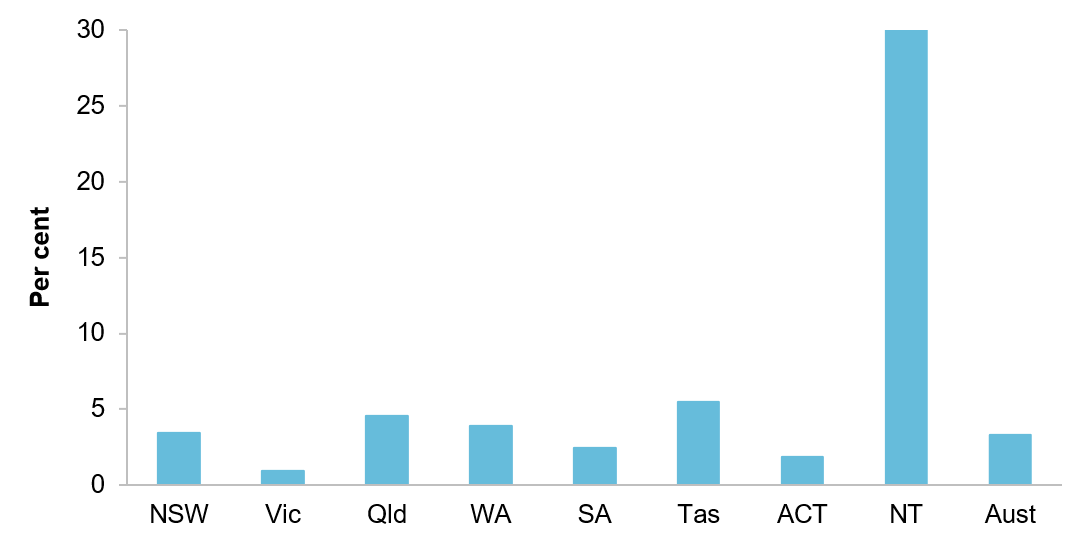 People born outside Australia accounted for 26.3 per cent of the population in August 2016 (8.4 per cent from the main English speaking countries and 17.9 per cent from other countries) (table 2A.10). Of those born outside Australia, 88.7 per cent spoke only English, or spoke another language as well as speaking English well or very well (table 2A.7). Approximately 20.8 per cent of Australians spoke a language other than English at home in August 2016 (table 2A.13).

Those living in remote areas can have greater difficulty in accessing government services, often needing to travel long distances, or facing lower service levels than provided in major cities. The Australian population is highly urbanised, with 72.0 per cent of the population located in major cities as at 30 June 2018 (table 2A.13).

There were 13.6 million people aged 15 years or over in the labour force in Australia as at 30 June 2019 — 94.9 per cent were employed. The majority of employed people (68.1 per cent) were in full time employment. Nationally, the unemployment rate was 5.1 per cent. The unemployment rate needs to be interpreted within the context of labour force participation rates (the proportion of the working age population either in employment or actively looking for work). Nationally in June 2019, the labour force participation rate was 66.1 per cent (table 2A.47).

Income and employment are strongly influenced by education. Census data on highest level of schooling and type of educational institution attended are available in tables 2A.37–46. Additional educational data are also available in Part B of this Report (Childcare, education and training).